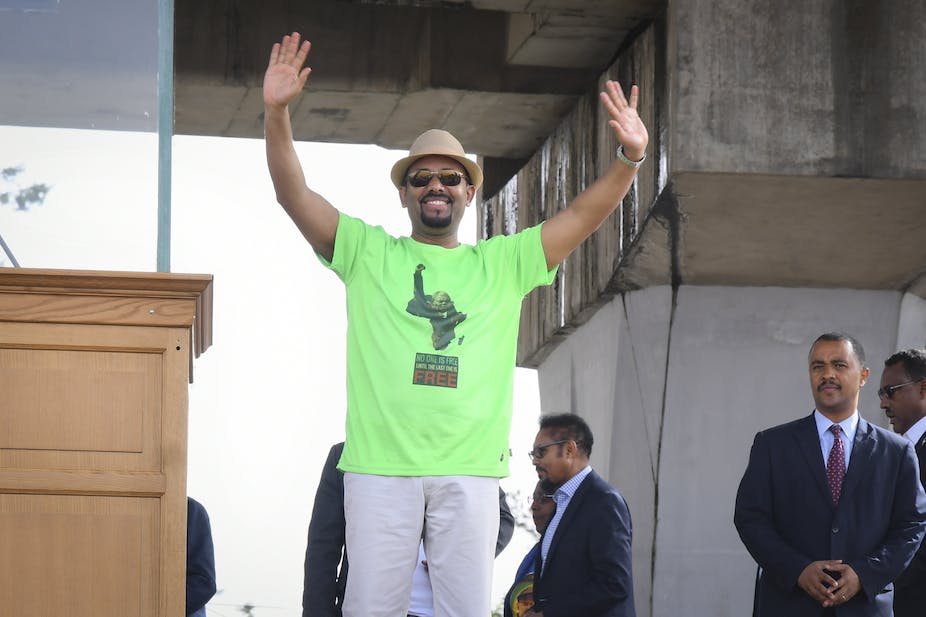 Positive headlines about Ethiopia have been frequent since the country’s new Prime Minister Abiy Ahmed took over in early April.

Abiy also invited armed opposition groups, including the Oromo Liberation Front and Ginbot 7 G7 – which were declared terrorist organisations under the former leaders – back home. And in October, Abiy gave women in Ethiopia a big boost when he appointed the country’s first female president. He also gave half of all cabinet posts to women.

The global media – as well as ordinary Ethiopians – have been positive about the country’s improved political gender representation as well as its focus on regional peace and on reducing ethnic tensions domestically.

But this shouldn’t obscure the fact that ethnic tensions remain rife on the ground, and could flare up at any point. There are three disturbing trends in Ethiopia: tensions within the ruling party as well as a lack of a formal road map to outline where it’s taking the country; continued ethnic tensions; and the lack of transparency around the deals done with insurgent groups.

One of the biggest concerns is that the state’s capacity to maintain the rule of law and guarantee security is degenerating.

A number of factors are contributing to this. Firstly the ruling party, the Ethiopian People’s Democratic Party, has been embedded in institutions running the security services for a long time. The lower echelons of these services are confused and bewildered as the new order takes hold. They have no clear direction from the top.

In addition, law enforcement agencies at federal and regional levels seem unresponsive to local ethnic strife. This is troubling given that the country has been hit by a new wave of ethnic conflicts. According to the Internal Displacement Monitoring Centre report for Ethiopia, the total number of internally displaced people is nearly 1.4 million – and rising.

Ethnic tensions continue to pose a threat to major cities like Addis Ababa. At the same time former rebel groups have resisted calls to disarm their soldiers. The circulation and trade of armaments are visible and worrisome in many cities.

Another big threat is the fact that the ruling party doesn’t seem to have a formal road map which tracks the country’s next steps. As a senior party member from Southern Ethiopia put it to one of us:

We are not quite sure where the country is heading to.

The looming uncertainty placed massive expectations on the recent 11th party congress that was held in Hawassa. The congress concluded without making any remarkable decisions.

Another big area of concern is the lack of transparency over the exact terms of the various agreements with former rebel organisations. This lack of information has led to conspiracy theories circulating about the terms on which insurgent groups have been demobilised.

Lastly, there is tension between Abiy’s attempts to create a sense of identity beyond ethnicities while at the same time attempting to accommodate several of the ethno-nationalist agendas of certain constituencies.

Amid the rise of regional and international jubilation over Abiy’s rise friends of Ethiopia, international institutions, and global powers like the US should carefully watch these trends and their possible negative consequences.