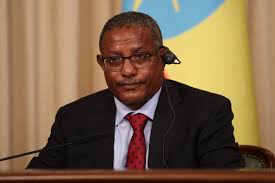 The Renaissance Dam is more than seventy percent complete and set to begin minimal hydro-electric power production within almost a year. Unfortunately, a recent impasse on the tripartite discussions however, has signaled regional uncertainty. Egypt’s undiplomatic tone, in particular, has negatively impacted the spirit of negotiations. In this piece, Yohannes Gedamu suggests that diplomacy is the only solution.

The Grand Ethiopian Renaissance Dam (GERD) is a Nile river based national hydro-electric power project in construction since April 2011. For Ethiopia, the Renaissance Dam, or Hidase Gidib, as it is known in Amharic, has become a symbol of pride and patriotism. As such, Ethiopians consider the project, an investment that will ring the dawn of new hope and prosperity for their nation. Indeed, for Africa’s second most populous state whose 55 percent of citizens are yet to have access to electricity, GERD represents greater hope to an entire nation.

No project in Ethiopia’s contemporary history had also brought citizens and elites of the country together than the Renaissance Dam. A testament to this reality could be the resolute in which Ethiopia’s last three leaders exhibited in their marketing of GERD; as they all consider it a sign to the country’s development aspirations in general and its promise to the economic empowerment of Ethiopia’s young citizenry in particular.

“…centuries of impoverishment curtailed our development and restricted us from exercising our right to use the resources of our own rivers. Now, thanks to the dedication of our peoples, we have safely put those times behind us.”

Once the Renaissance dam launched, national mobilization to raise funds also ensued. Ethiopia’s leaders vowed the country would self-finance the project, estimated to cost over Five Billion USD. Immediately, the government issued public bonds for the public to share ownership. Ethiopians, from young students to teachers, from farmers to people in business and beyond then contributed from their salaries and incomes. University students across the country had even sacrificed their breakfast monies to contribute for the project and pay it forward for future generations.

In the summer of 2012, Meles Zenawi, who oversaw launch of the project died. His successor, Mr. Haile Mariam Desalegn would then reaffirm his administration’s resolve to complete the giant project that he referred ‘a symbol of national determination’. In 2013, Mr. Dessalegn, had even stated that “nothing and no one would stop” GERD’s completion.

Over Fifty Percent of GERD’s construction was also completed during Dessalegn’s tenure. However, Dessalegn, who had presided over Ethiopia’s tumultuous period of nationwide protests (from 2014 to 2018) abruptly resigned from office and in his place, Abiy Ahmed, a young reformer and this year’s Nobel peace prize winner emerged.

Despite Abiy’s departure from most of the legacy of EPRDF coalition across many issues, however, when it comes to GERD, he was no different from his predecessors.

On the issue of GERD, Ethiopia’s leaders over the last decade have faced challenges from Egypt, a country the Nile last crosses before it ends into the Mediterranean sea.  Egypt controversially claims ownership of the river due to colonial era treaties signed in 1929 and 1959, and perceive the construction of the dam an existential threat. For Egyptians, the understanding is that such treaties bestowed Egypt a ‘veto power’ to approve or deny any project across greater Nile basin, a claim that most countries contest.

Indeed, it is recognizable that most of the source for Egyptian’s waters comes from the Nile river, which Ethiopia contributes about 85 percent. Hence, no doubt that fairness in minimizing impact on downstream states is a just cause.

Nonetheless, if international traditions in the equitable resource utilization of trans-boundary rivers are any indication, Egyptian’s administration’s reliance on such colonial treaties are unjust and disregard such principles of fairness.

Although the disagreement between Ethiopia and Egypt was not new, for the last decade and half, the topic has been an issue of contention between the upper and downstream riparian states. Well before the GERD was launched, therefore, Egyptian rhetoric on Nile waters utilization had brought many Upper Riparian states together. Under the institutional framework known as the Nile Basin Initiative, upper riparian states had eventually signed (and most ratified) the Cooperative Framework Agreement (CFA), which calls for a new era of cooperation on the Nile Basin and a fair utilization of such the resource.

With the exception of Egypt (and to some extent, the Sudan), most states in the Nile basin today reject the colonial era agreements and criticize Egypt’s insistence on such pacts as a neo-colonial aspiration that disregards the countries’ independence and national sovereignty.

Successive Ethiopian administrations have pledged that GERD’s construction, filling, and then its annual operations should not pose a significant harm to the downstream states, i.e., Egypt and the Sudan. It was also in the spirit of such affirmations that Ethiopia, alongside Egypt and the Sudan, signed the Declaration of Principles in 2014, in Khartoum.

It was also in the magnitude of such discussions that the three countries’ technical and legal teams continued to meet across the capitals of the three nations. Indeed, at first, the dialogues were not disappointing as the countries had reached some understandings. Unfortunately however, President Abdel Fattah Al-Sisi’s Egyptian administration has been blamed for constantly changing positions and adding new demands that tainted the once applauded spirit in the initial periods of the tripartite effort. As a result of Egyptian’s reliance on nationalism, and mistrust of the upper Nile basin states therefore, these discussions seem to have failed to result in agreeable win-win outcomes for all.

Despite the recent impasse in the GERD discussions, however, an achievement for Ethiopia’s intentions and the promise of GERD standout. Ethiopia’s success has been that of Sudan’s positions on the construction of the dam became a persistently logical and a positive one. Indeed, the major benefit of the GERD for the Sudanese, apart from potential hydro-electric power sharing is that of avoiding destructing annual floods in its Eastern localities and the agricultural development potential it opens in the floods’ absence.

Ethiopia’s foreign minister, Mr. Gedu Andargachew, in a press conference he gave recently, has also applauded the role the Sudanese government played throughout the tripartite discussions. As an instance of how much Egypt’s stances differ from that of Sudan is also witnessed when the latter refused to endorse the Arab League of States’ statement that was proposed by Egypt and blamed Ethiopia for the impasse on GERD related discussions of late. Ethiopia, while expressing displeasure with the league’s statement, has praised Sudan’s decision.

Indeed, such failures have frustrated all sides. Especially, what has transpired since the latest discussions in Washington DC, when the perceived observing role of the United States government and the World Bank failed to change the growingly negative spirit of the negotiations is unfortunate.

Despite the disappointments thus far however, Ethiopia remains committed to the diplomatic discussions. In that respect, Ethiopia’s FM, Mr. Andargachew had also reaffirmed that ‘what Ethiopia cares most about is about ensuring the fair utilization of its resource in ways that do not cause significant harm to the downstream nations’.

Unfortunately, however, Egyptian authorities have turned to making statements that further threatens the tripartite efforts thus far. Unless Egypt resorts to its commitment to the Declaration of Principles that advocate for good faith based discussions towards win-win solutions, not only the GERD impasse dwindles into unchartered territories; but it could also potentially harm Egypt’s relations with upper Nile riparian states at large.

It’s my view that all stakeholders in these discussions must remain committed to the diplomatic talks. To that end, they should all empower their technical experts to agree on filling and operation of the dam to effectively mitigate future uncertainties like possible droughts. That way, the dam will not be used for political expedience; instead, technical and legal facts could prevail.