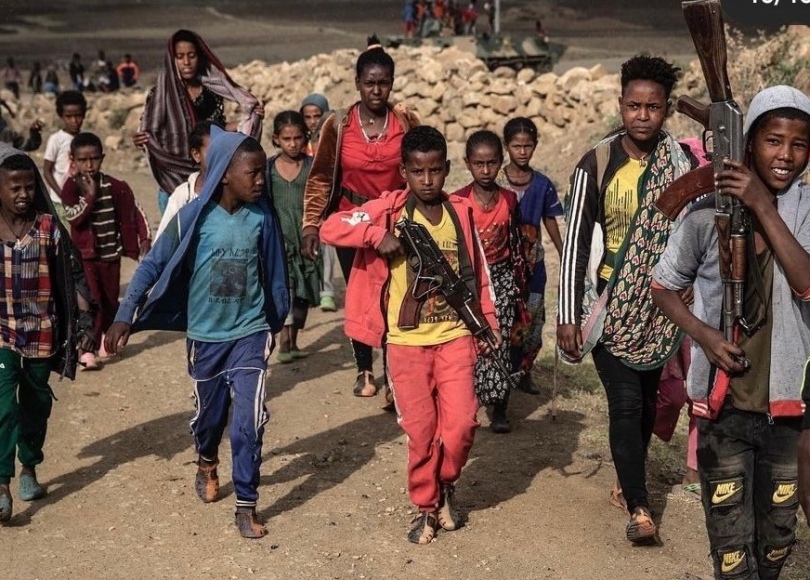 Two weeks ago, the Government of Ethiopia announced a unilateral ceasefire citing the need to bring a halt to military operations in Tigray to facilitate humanitarian assistance and farming activities during the all important rainy season. From the viewpoint of the Ethiopian Government this was a gesture of good will.

Such a decision was meant to avert humanitarian catastrophe that the international community claimed was imminent. It was a difficult decision to make. The campaign against the remnant forces of the much reviled TPLF is popular and any sign that the Government is relenting in its effort to bring the leaders of the terrorist outfit to justice was bound to have a huge political cost for the Federal Government.

Despite this reality, the Federal Government took a serious political risk and declared a ceasefire and withdrew its troops from several major towns and cities in Tigray. One would expect that this measure would be reciprocated by the other party to the conflict. It was also reasonable to expect that the international community would welcome the decision of the Federal Government and put some pressure on the TPLF to halt hostilities.

The decision of the Federal Government to declare a ceasefire was also a window of opportunity all genuine advocates of peace should have capitalized on. It was the first beachhead for peace and efforts to bring to an end hostilities.

True to its character, the TPLF spurned this opportunity to seek peace and instead chose to launch a series of attacks to make territorial gains. Arming child soldiers and mobilizing virtually all able bodied residents of the territories it occupied, TPLF launched an onslaught of human wave in several fronts. For two weeks, federal troops held their fire, at times even making territorial concessions. All along, the western media celebrated TPLF’s victories by echoing TPLF’s gloating and war propaganda.

The venerable New York Times went as far as describing TPLF’s child soldiers as “highly motivated young recruits”. The Financial Times had no qualms about a putative UN refugee camp in Sudan serving as a TPLF boot camp in which 30,000 TPLF militants are prepared to launch an attack on Ethiopia. While western media outlets exalted the military prowess of the TPLF and how it is “routing” federal troops, western diplomats continued to embolden the TPLF by their continuous denunciation of the Federal Government.

Turning a blind eye to the aggression and continued belligerence of the TPLF, the west collectively condemned the Government of Ethiopia. Western diplomats gave no credit to the unilateral humanitarian ceasefire and depicted it as an attempt on the part of the Federal Government to cover up defeat. Considering the humanitarian ceasefire as a disguised surrender, TPLF’s enablers gleefully and breathlessly changed their tune from “say no to war” to triumphant taunting of the Government of Ethiopia and neighbouring regional states. TPLF continued to issue ultimatums and threats and offensive operations making the unilateral ceasefire untenable both in military and political terms.

It seems, another round of fighting has become inevitable. The Federal Government and other regional states have no option but to respond to the provocations of the TPLF and protect the population and territories that are being harmed and threatened by the TPLF. By failing to call out the TPLF for its continued belligerence, the west is also culpable in making this round of fighting inevitable. Most Ethiopians see the west as being complicit in the TPLF’s three decades of autocracy and also in its current intransigence. Some of the statements from influential western diplomats and opinion makers seemed to egg on the TPLF to continue its offensive despite the ceasefire declared by the Federal Government.

Those who have wrecked Libya and turned it into an anarchic nightmare are trying to put to practice their dark art on Ethiopia. The African Union and all who value peace and stability in the horn of Africa should stand with Ethiopia in resisting the neocolonial machinations of some western actors and the teorrrism of TPLF.